215: Big Mistakes Are Our Best Teachers 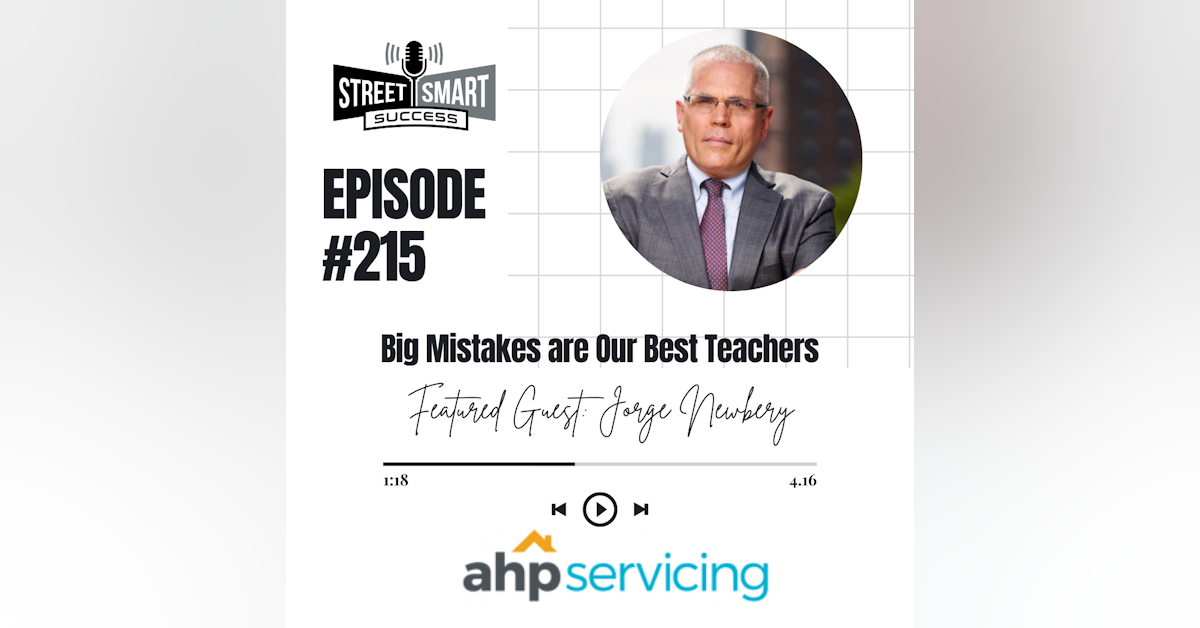 If you’re willing to do what other aren’t, you may stand to benefit immensely. Jorge Newbery, Founder, Chairman and CEO of AHP servicing, has made a career out of inventing himself out of thin air. Jorge’s first big deal was a 298 unit apartment building in downtown Los Angeles in Skid Row for less than $3000/door in the late nineties. The prior three owners had been thrown in jail for violations, but Jorge saw immense value and had the confidence and bravado to take the project on. He ended up evicting those he needed to evict and fixing up the building and eventually make a $1,000,000 profit. Jorge went on to do an even bigger project with similar demographics and challenges in Kansas City and then a monstrous 1100 unit complex in Columbus, Ohio that was called Uzi Alley for all the gang warfare. Jorge ended up in an unwinnable situation to no fault of his own, where he became saddled with $26,000,000 in debt and hitting rock bottom before reinventing himself and creating American Homeowner Preservation, a company that has bought 1000’s of single family non-performing notes from banks.