Bigger Deals Have More Margin For Error Than Smaller Deals 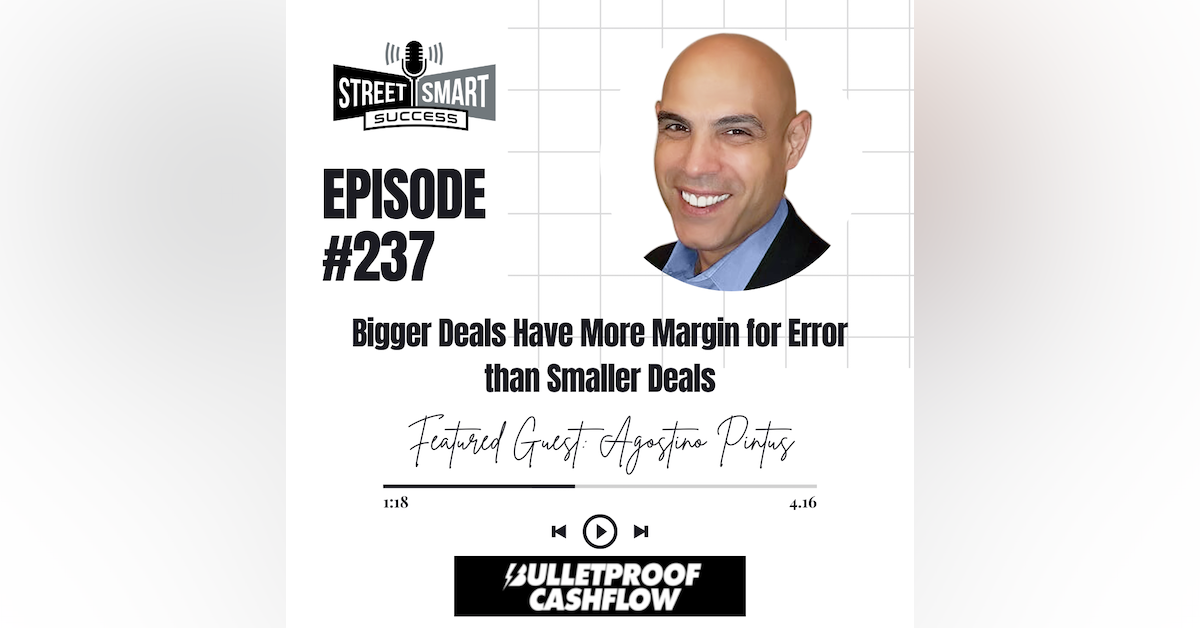 When things go wrong in a smaller apartment deal, it can wipe out all the Net Operating Income and profit in the deal. On bigger deals over 100 units, the property can absorb a lot more unexpected costs or mistakes before it erodes all the profit. Augostino Pintus, founder of Realty Dynamics Equity Partners in Cleveland, realized early on that it was much easier for him to operate bigger buildings. He also chose the Cleveland market because it didn’t have the crazy competition of many markets in the South and Southwest and he could get better returns. Now that even Cleveland has gotten more expensive, Agostino is doing ground up multifamily development in urban infill areas where young professionals are moving into. He’s also started a fund of NNN lease properties where he’s generating monthly checks for his investors.